Importance of Early Diagnosis and Treatment 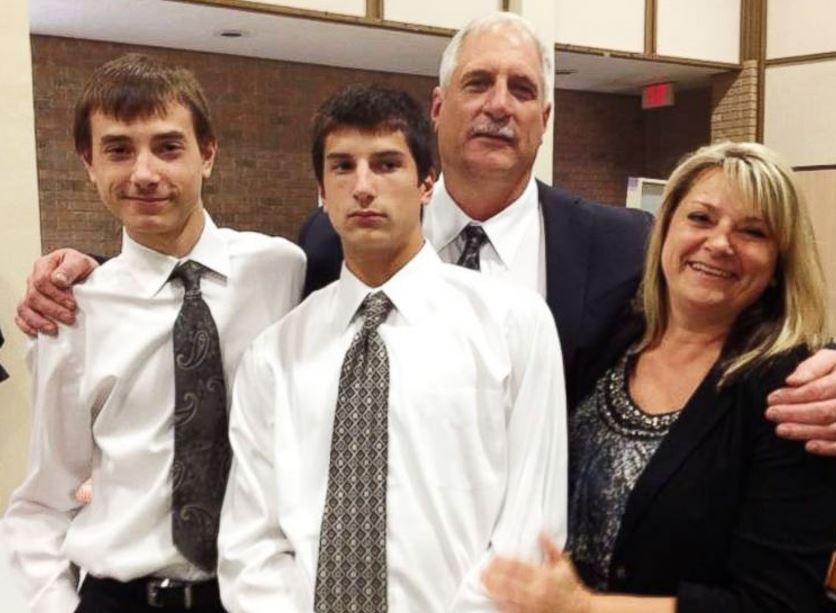 Importance of Early Diagnosis and Treatment

Until recently most doctors thought that Alport syndrome was an untreatable disease. Although there is currently no treatment proven to prevent the development of kidney failure in people with Alport syndrome, early diagnosis is essential as there are medications to delay the progression of the disease.

Carol’s Story:
“Our sons Jonathan and Christopher have had hearing loss since elementary school. The hearing loss and their decreasing kidney function, including protein in their urine and elevated blood pressure, eventually led to a diagnosis of Alport syndrome in August 2013. At that time Jonathan (17 years old) was experiencing such low kidney function that he was placed on a transplant list while Christopher (15 years old) was placed on blood pressure medicine to help protect his kidneys as long as possible. Jonathan has since received a kidney transplant and is doing well while Christopher is on two blood pressure medicines to help protect his kidneys. Awareness and early intervention are key to prolonging kidney life.  If our pediatrician had been aware of Alport syndrome when our children were first diagnosed with hearing loss, we could have had testing done. If they had been diagnosed with Alport syndrome at an early age, blood pressure medicines could have helped prolong their kidney function.

Unfortunately for our children, we didn’t learn of Alport syndrome until they were in their late teens.  My understanding is that if a diagnosis is obtained early enough, blood pressure medicines might prolong the life of native kidneys for almost 10 years. Imagine what medical and technological advances we will have within the next 10 years! The possibilities are endless!”

Sadly, Jonathan’s and Christopher’s experience is not unique. Like many other rare diseases, Alport syndrome is often misdiagnosed or undiagnosed, frustrating parents, patients and even doctors. But what can doctors, patients and patient advocacy groups do to improve the standard of care in Alport syndrome?  Professor Oliver Gross has studied how ACE-inhibitor therapy delays renal failure for patients with Alport syndrome. ASF asked Professor Gross to share his thoughts on early diagnosis and treatment for Alport syndrome:

The Case for Early Diagnosis:
ASF asked me to recap my opinion on the unmet need for early diagnosis, which would allow early therapy in Alport syndrome. In this article I would like to share my thoughts from a doctor’s perspective. In Part 2, I would also like to include some thoughts about the value of patients  to change their own destiny and to have hope.

Twenty years ago, I met “my” first Alport family in the backyard of their house. I was young and excited, because I recently made their diagnosis by genetic testing. The family had two severely affected children, but had not been seen by any doctor for several years. I wondered why. They told me their doctor had shown them elderly patients suffering on dialysis and told them “this is your child’s destiny. You and I can nothing do about it.”  Back then, in 1995, the family and I decided not to accept a tragic outcome for patients with Alport syndrome as an “inevitable destiny.” All affected family members have gone to their doctors regularly ever since. Today, 20 years later, we are still in close contact, and both children are doing well after kidney transplantation.

Since this first family, I have met more than 100 Alport families in the past 20 years. Have things changed in these years? Yes and no.

So what if I met my first Alport family not in 1995, but in 2015? Yesterday, I met another Alport family for the first time: a 23-year-old boy and his mother, both with blood in their urine since they were newborns, hearing loss and impaired kidney function. He was “newly” diagnosed in 2015, suffering from depression because his doctor told him of his “inevitable destiny.” I was the first one to make the diagnosis in his mother. The first one to tell her “you also need to take care of your kidneys.” As a doctor, I also felt depressed after this consultation.

What can experts do to help patients get diagnosed early and started on therapy? At the recent International Workshops on Alport syndrome, researchers, doctors, patients, and industry addressed the need for an easier way to diagnose all patients. Under the guidance of Dr. Clifford Kashtan, we are currently developing a new classification system that will help doctors  make the diagnosis and thus  improve the care for all patients. This easier classification for “everyday clinical practice by non-Alport expert doctors” puts all Alport diseases under one umbrella. This is a work in progress; however, in my opinion, this new Alport classification used on an international basis addresses one of the most important strategic decisions in decades to improve the standard of care in patients with Alport syndrome.

What if we do not accept kidney failure in patients with Alport syndrome as a destiny?  The genetic defect in Alport syndrome causes a spongy filtration membrane in the kidney. Every child with Alport syndrome is born with “normal” kidneys. The genetic defect slowly develops after birth, leaving an opportunity for early diagnosis and therapy. Diagnosis can be made decades (yes, decades!) before the kidney fails, which is a tremendous advantage in a treatable disease — if, yes IF the diagnosis is made in time.

Professor Oliver Gross is a researcher at Göttingen University in Germany and a recipient of ASF research funding in 2013.