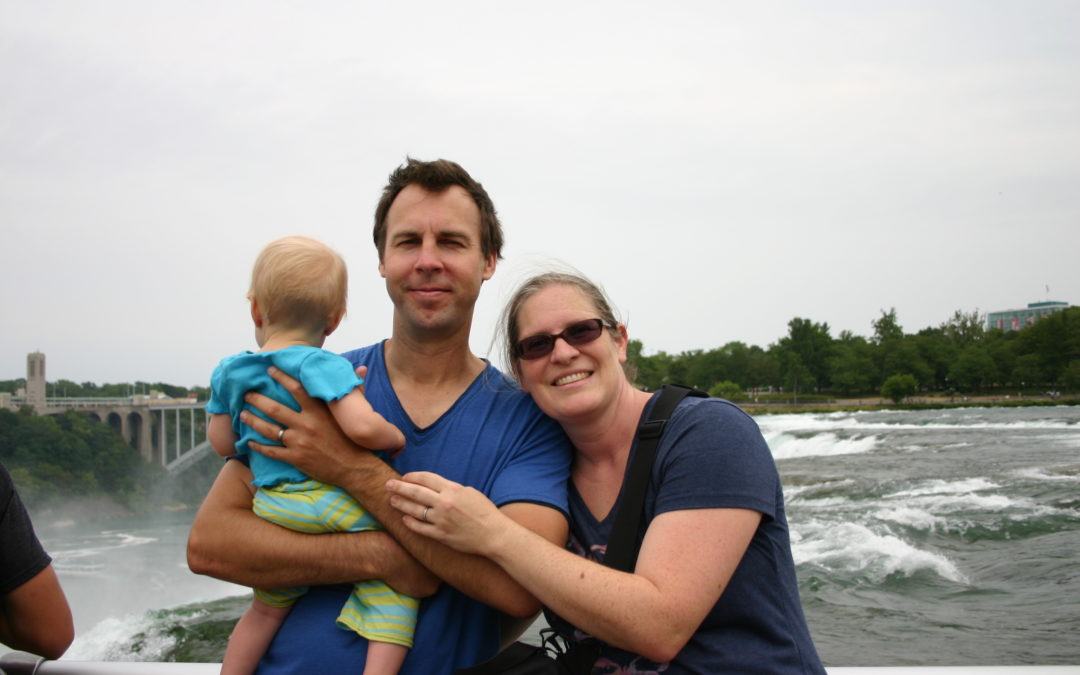 When I was a little girl, going to the pediatrician always meant peeing in a cup and a pack of M&Ms when we had to get shots. I remember one visit very clearly when I was about 5, putting my pee up in the window next to all the other cups. It had my name in black letters written across the outside and it looked different than all the other cups.

I noticed that everyone else‘s pee was a set of different degrees of the same yellow and mine was more lime-yellow. My pediatrician, who I felt was more a father figure than a doctor, said simply that I had magic pee and only really special girls could have magic pee

The next time I knew anything was different about me was on my 18th birthday when my mom told me I had a kidney disease known as “familial nephropathy”, diagnosed at age 3. She assured me that it wasn‘t at all related to how my Uncle Dave‘s kidneys failed — “his failed from Strep throat that turned into Scarlet Fever and had gone to his kidneys.”

I went to college the next year and took my health into my own hands. A doctor at the student health center tried his best to monitor my health by consulting with an outside Nephrologist. I took it upon myself not to consume anything that I knew could be hard on my kidneys. After several extremely difficult blood draws, I decided not to continue seeing the doctor.

When I was 27 years old, my sister‘s kidneys failed. My sister and I talked briefly while she was in the hospital, and it was enough for us to say “we love Uncle Dave, but we don‘t want to live his life.” He was still on dialysis at the time that my sister‘s kidneys failed, and had cheated death on so many different occasions it was ridiculous —  infections, failed dialysis ports, bleeding out, etc. He was never diagnosed with Alport syndrome, and was never considered eligible for a transplant, so he lived alone on welfare in a trailer park. He survived for approximately 30 years on dialysis three times per week, but it was a hard way to live.

After my sister‘s kidneys failed, I went in for a kidney biopsy to try and confirm our “familial nephropathy” to be Alport syndrome. The doctors were starting to talk about her not being eligible for a transplant and didn‘t believe she had Alport syndrome. My first Nephrologist finally convinced me to overcome my tremendous fear of needles as she was fairly certain from our family history that we had X-linked Alport syndrome.

The history we had from my parents on my family notes: a great aunt died of Bright‘s disease, another great aunt died in labor from kidney failure, my grandmother had Eclampsia during her second pregnancy and had a forced hysterectomy to prevent future children, my grandfather had nephritis as a boy, and my uncle had renal failure as a teen. This was all on my mother‘s side; on my father‘s side, the notes read “no history of kidney problems.” My biopsy results showed scarring and irregularities indicative of Alport syndrome, but they weren‘t able to specify which type from a biopsy in those days. My sister was deemed eligible for a transplant and received a living donor organ from a dear family friend.

When my husband (then fiance) and I asked about my ability to have children and whether or not we should have children, this angel nephrologist told me “you‘re a smart couple of kids, I think you‘ll figure it out. But as far as your kidneys are concerned, you look good, go have ten children and I‘ll see you in 6 months.” We went to my parents‘ house for dinner to let them know what the news was, and to reiterate what my sister and I had been trying to get across — Uncle Dave had the SAME kidney issue that she and I have. We also told them what it meant for our future children (to the extent we understood it at the time). My mother replied, “If I had any idea that I could pass this on to you girls, I‘d never have had you.” Of course she is glad she did, but it was that moment that sealed the deal for me. I knew no matter what happened, I wanted to try and have children no matter what “X” they may get from me.

So here I am starting off my 40‘s. I have three beautiful children, thus far — Megan is 7 years old (so far her labs have been clean, we‘re cautiously hopeful), Jesse is 4 years old and was genetically diagnosed with XLAS just before he turned 1 year, and Ashley just turned 1 year (so far her labs have been inconclusive, but optimistic). We‘re counting on God to take care of our children and ourselves for the times we face ahead. We have been blessed with the ability to participate in various aspects of the Alport syndrome Foundation‘s mission and work and have hope and faith in the medical research community we‘ve been fortunate enough to meet.