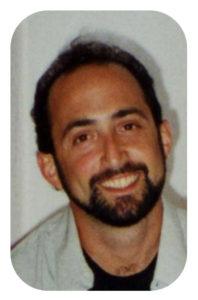 The Paul Silver Enrichment Award was created in memory of Paul Silver, an Alport syndrome patient. Paul was a film and music editor in Hollywood who passed away in 2004 at the age of 38. In 1985, Paul was the recipient of a similar award while studying film-making in college. Paul needed a camera to document his trip to Tuscany, Italy, where he was planning to attend a summer study program. He applied for, and won, an award that enabled him to purchase the necessary equipment to make a documentary film about his experiences in Italy and the benefits of this program for his school.

The Paul Silver Enrichment Award was designed to “pay it forward“ by helping other young people affected by Alport syndrome achieve one of their own goals. It can be used to complete a project or pursue an activity that will enhance the applicant’s life The award is open to individuals ages 18 to 24 years old living in the United States.

Click here to watch videos featuring prior winners discussing their Awards. Read about prior Paul Silver Enrichment Awardees below. 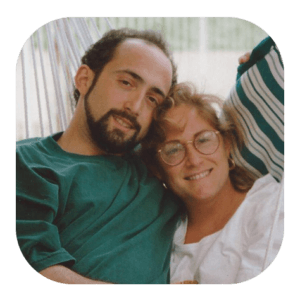 Paul Silver shares a moment with his sister, Sharon, in this undated, family photograph. Sharon’s extensive family history of Alport syndrome motivated her to co-found Alport Syndrome Foundation in 2007 to provide a haven of hope, action, and support for those facing this rare kidney disease. Since its creation over a decade ago, thousands of patients have benefited from Sharon’s desire to connect Alport syndrome patients and families.

The 2022 Application Cycle has ended.

Learn about prior winners below.

Mark, 18, plans to use his award to help fund his tuition. Cipolla, a well-traveled military kid, wants to pursue a degree and eventual career in rehabilitation services. While he admits Alport Syndrome has complicated his life, he’s determined to use the experience to support others struggling with disorders.

Yara, 18, says the award announcement couldn’t have come at a better time. She applied shortly after her home was destroyed by Hurricane Harvey last August. She plans to put the money towards her biology education and has dreams of becoming a pediatric nephrologist.

Norman, 21, has plans to earn his doctorate in clinical psychology before the age of 26. He hopes to give back to the community through institution work before undergoing his transplant.