Raising Awareness In Many Ways 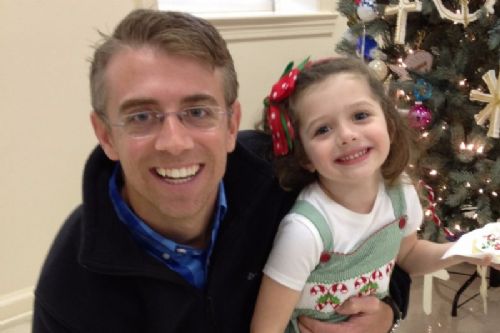 Raising Awareness In Many Ways

Each March the Alport syndrome community comes together to increase awareness of this rare kidney disease. Awareness efforts can take many forms, as demonstrated by these activities reported to ASF:

Online Fundraising
In October 2015, David McKnew went into kidney failure and began dialysis. Around the same time, the family received news that their young daughter also has the disease. David’s wife Shannon began an online fundraising page in March to increase awareness. She says, “The Alport syndrome Foundation provided us with information and support at the time we needed it most and quickly became near and dear to our hearts.” They are raising funds to improve the future of their daughter and others like her. Donations are still being accepted on their page.

Alport Alphabet
After her young son’s diagnosis, Kait Armstrong designed a series of prints that tell the story of living with Alport syndrome. Her Alport Alphabet starts with “A is for Alport” and includes references to things familiar to many in the Alport community: Dialysis, Hearing, Kidney, Lab Results, Sodium and Worry, to name a few.

During Alport Awareness Month, Kait’s alphabet prints were on display at the Library Art Center in Newport, NH. In addition, the alphabet series will be published in Dartmouth medical school’s literary and art journal Lifelines in the near future. Kait’s creative ways of sharing her artistic talents are increasing awareness of Alport syndrome in unique ways.

Rare Disease Summit
André Weinstock presented at the Rare Disease Summit held by Northeastern University (NEU) in Boston, MA, in conjunction with Rare Disease Day. The event was attended by about 50 health care undergraduate and graduate students. The program included a patient with another rare disease and a representative from the National Organization for Rare Disorders (NORD).

André discussed how being dependent on hemodialysis for two years in his early 20’s inspires his current research designing catheters to potentially reduce the high rate of infections that are associated with vascular and peritoneal accesses. He also outlined challenges patients living with Alport syndrome face that other people might not, such as the necessity of being one’s own medical advocate and learning new daily coping skills. André closed by describing hiking in the cloud forests in Caribbean Dominica the month before in honor of the twentieth anniversary of his kidney transplant. The response from the healthcare students was so positive that NEU is considering expanding the summit into an annual event.

More than 100 patient advocates from five kidney organizations gathered to educate Senators and Congressmen/women about kidney disease and what legislators can do to help. Advocates met with representatives from their own and other districts to discuss topics of interest to the kidney community found in upcoming legislation. These topics included early detection and management of chronic kidney disease, the Living Donor Protection Act, and an appropriation request to increase government funding for kidney disease and related research by 10%. Four ASF advocates participated in the event along with advocates from NKF, Polycystic Kidney Disease (PKD) Foundation, American Association of Kidney Patients (AAKP), and Nephcure International.

100 Mile Virtual Bike Ride
Robbie Yaros is a nursing student with Alport syndrome who received a kidney transplant in 2014. On March 13, Robbie completed a 100-mile virtual bicycle ride to fundraise for ASF and raise awareness of Alport syndrome while training for his upcoming participation in the Transplant Games of America to be held in Ohio this June. Using an online virtual platform, Robbie completed the ride in 5.5 hours, moving at an average pace of almost 19 mph, and raising $1,085. Robbie was also one of the advocates who traveled to Washington, DC, earlier this month to represent the kidney disease community.

Rare Disease Run
Alport Awareness activities are not limited just to patients. On Rare Disease Day, Agility Clinical and Regulus Therapeutics hosted an employee Rare Disease Day Run to benefit ASF. Both organizations are conducting the Alport Study currently recruiting worldwide. The event drew around 40 participants and brought in $1,300, which was matched by Agility Clinical for a grand total of $2,600 for ASF!

“It was a fun event on a beautiful morning for a great cause,” said Ellen Morgan, Agility Clinical’s CEO. “We’re glad we were able to bring awareness to Alport syndrome and ASF.”

Thank you to everyone who participated in raising awareness of Alport syndrome, rare diseases, and kidney disease this month!