Tom Denham: Climbing Toward A Cure in Summer 2016 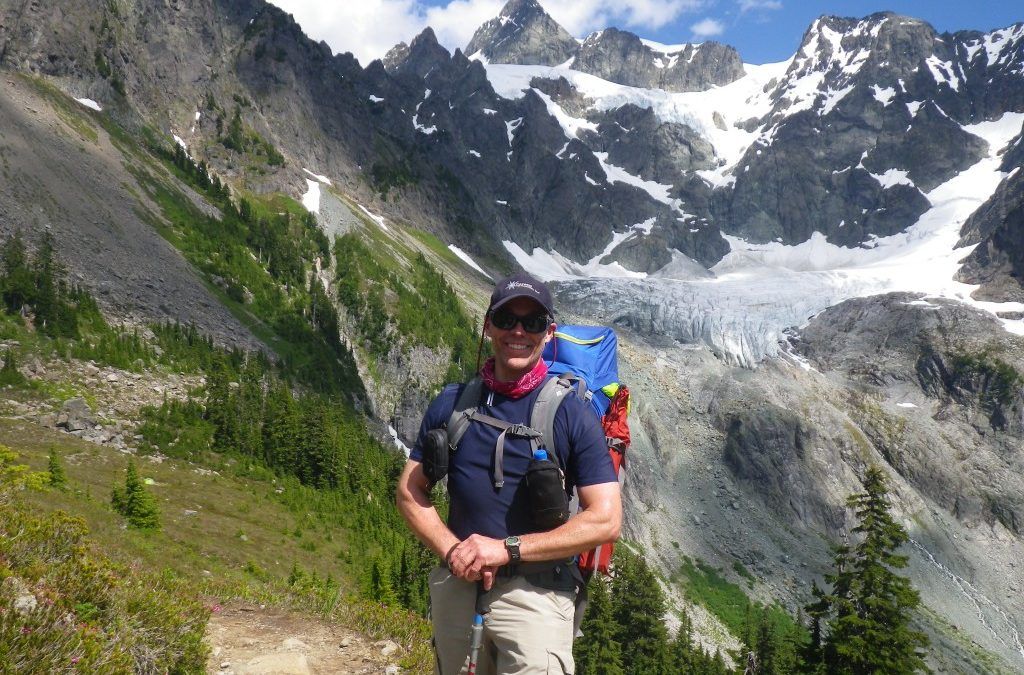 Tom Denham: Climbing Toward A Cure in Summer 2016

In the summer of 2016, Tom Denham faced his toughest challenge to date, the aptly named Forbidden Peak, as he continued his commitment to support ASF by climbing toward a cure on his annual charity climb in honor of his daughter, Rachel.

In the summer of 2015, we spotlighted how Tom turned his passion for climbing into a fundraising opportunity supporting Alport syndrome Foundation. Tom, in his own words, explains his continued motivation in the face of fear and overwhelming physical difficulty:

Supporting ASF
Rachel’s mom has Alport syndrome and Rachel tested positive for Alport syndrome when she was young. The best part of ASF is knowing the organization is raising money for research. In addition, it’s comforting to know you have a national support network. You are never alone.

Five years ago I told ASF how cool it would be to raise $5,000 a year for 10 years for a total of $50,000 through an annual Charity Climb of some of America’s most intense mountains. Since then I have raised more than $25,000 in my quest!

Climbing Choices
Ever since I can remember, I have always been a strategic thinker. I have carefully collected a pool of mountains I want to check off my Bucket List. I started out picking some of America’s most iconic peaks: Mt. Hood, Mt. Rainier, Mt. Washington, The Grand Teton, Mt. Shasta, Devils Tower and Half Dome.

Dormant volcanoes tend to be my favorite, and so in 2014 I took the opportunity to climb Mt. Baker with my guide, Thomas Greene. After successfully reaching the summit, he said, “Ya gotta come out next year and do Mt. Shuksan.”  It was not on my list and therefore, not a top priority. However, based on his recommendation and the sheer beauty of it, I made the decision to return to the Cascades and we successfully summitted it in 2015.

Forbidden Peak
After Shuksan, Thomas said, “Ya gotta come out next year and do Forbidden Peak.”  I took one look at it and said, “NO WAY!!!” It’s difficult, dangerous and demanding. I tried to get distracted by other mountains, but after I calmed down I couldn’t get it out of my mind. It’s going to test me on all levels.

In Selected Climbs in the Cascades authors Jim Nelson and Peter Potterfield write, “There is no easy way off Forbidden Peak.”

Perseverance After Danger
In 2009, while on a team attempting Mt. Rainier, I broke through a snow bridge and plummeted into a crevasse. I was trapped for 90 minutes, we failed to summit and left empty handed. It was a traumatic experience. I came home and told my daughter Rachel, who was 9-year-old at the time, that I was sorry and I would never do it again. Mountaineers have short-term memories, so in January 2010, I made my comeback on Mt. Washington. In the summer of 2010, I was back mountaineering again on The Grand Teton and I have continued ever since.

Folks tell me that I’m in great shape and I show no signs of slowing down. I ice climbed 25

Honestly, when I hang the print of each mountain on my wall immediately after the trip…it’s like a trophy.  When people visit me, they often say, “That’s a beautiful mountain.” I respond, “I stood on top of it.” I never get tired of sharing the adventure with them. They are also tools for inspiring others to climb their own mountains as they define them.

The great part is that I go through a limited time fundraising campaign and then it is over. I can give my donors a rest and then I can get back to my other passions: rock climbing, kayaking, running and now triathlons. Tacking on a fundraiser also relieves any guilt that this is just a self-indulgent endeavor. There is in fact a larger purpose to it.

Words of Encouragement
Life begins outside the comfort zone. In life there are two things: excuses and results and excuses don’t count. Live your life based on your goals, and base your goals on your core values. Commit them to writing.  If it is not written it is not real. Make sure some of your goals are for the greater good and not just about you.  The accomplishments you make in life turn you into a Role Model. Be an inspiration to others. And always remember, there are no days off for Role Models. Life is not a dress rehearsal and you only get one chance to be awesome!

Would you like to turn your passion into philanthropy? As Tom said, YOU can be an inspiration to others. Stay physically active and help support. Bike, swim, climb, play competitive sports…whatever YOU enjoy! You can help research by fundraising based on YOUR schedule and doing what makes YOU happy! If interested, please contact ASF staff!