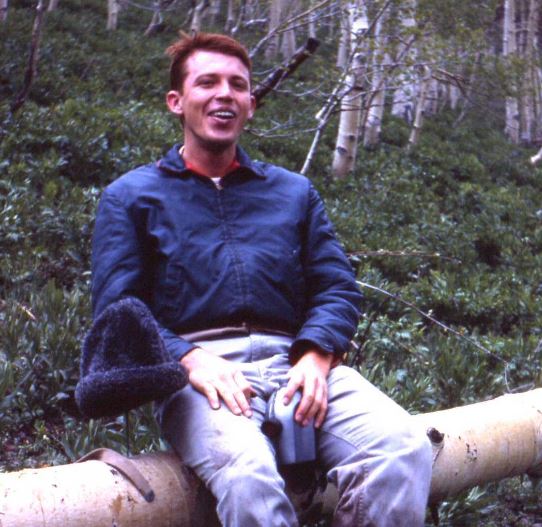 For most Alport syndrome patients and families, a discussion of the genes that carry this disease are the starting place for understanding the way the disease is inherited. However, just a few short decades ago, how the disease was inherited was unknown to the medical and patient communities.

It took the efforts of many researchers over the past century to achieve the level of understanding we have today and one of the biggest influences in Alport syndrome research was Curtis L. Atkin, Ph.D.

He noted, “It’s a bad idea to work on your own disease. The person who is his own doctor has a fool for a patient.” Fortunately, Curtis L. Atkin, Ph.D, didn’t follow his own advice.  “I’ve always had it in my mind since I was a child to find the cause of Alport syndrome.” As an associate research professor of biochemistry and internal medicine in the University of Utah’s School of Medicine, he spent a large part of his scientific career investigating Alport syndrome.

“It was Curt’s persistence that pushed the world in discovering that Alport syndrome is x-linked”, said Martin C. Gregory, M.D., Ph.D. “He just kept working on it over a long period of time, amassing a tremendous amount of persuasive information. He was particularly involved in defining the precise criteria for diagnosing the disease…He spearheaded the detailed analysis of the inheritance patterns.”

Dr. Atkin could see both the positive and negative impacts of his career choice.  He said, “I have a difficult time separating emotions from thinking. It is very difficult to remain objective. On the other hand, I have an ‘in’ in talking with people with hereditary kidney disease. The fact that I have it [Alport syndrome] has caused families, which previously were resistant and tired of being treated like guinea pigs, to open up to me.”

Dr. Atkin is my Mom’s cousin. When I first began my study of ‘this kidney disease’ that I had, Dr. Atkin was kind enough to spend some time educating my wife and I as to what it means to live with Alport syndrome. His influence on the study of Alport syndrome has been broad. His drive and enthusiasm inspired me to create and push forward the Alport syndrome Foundation.

Vint DeGraw is the Vice-President and Co-Founder of the Alport syndrome Foundation.

*Much of the material for this article was taken from the University of Utah Health Sciences Report (Winter 1994) “Researcher Curtis Atkin” by John Dwan, pp 8-11. Image courtesy of Mick O’Brien.